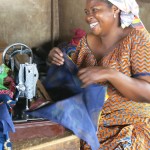 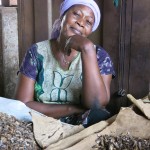 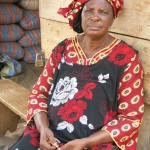 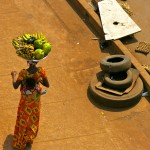 Within 48 hours of arriving in Guatemala I had learned more about justice, genocide and journalism than all my English education had taught me. You bet I was cheering last week when the former dictator was jailed for 80 years. There was chaos in Guatemala City when I landed in July 2003 – streets crowded […]

What motivates young people to learn? Fun? Imagination? Fear of the future without a college education? If you ask them, they will tell you that you can teach them anything if you make it matter to them. The easiest way is to make it about them. Nearly 20 years ago, when I […]

Last week I was privileged to be the keynote speaker at Global Issues Day at Ursuline Academy of Dallas. It’s a wonderful school and my audience was both fiercely well-informed and completely engaged. They asked fantastic questions. I took as my text the words of Secretary of State Anthony Lake to the head of Human […]

I started seeing invisible people when I lived in Philadelphia, after my first visit to a homeless shelter. An old man with a shopping cart; a woman with her possessions in bulging plastic bags; the people-shaped bundles under bridges. It reminded me of the time I tried on a friend’s glasses and first saw […]

Being in southern Africa has given me a new perspective on the debate over technology and education. In the Global North, apart from a polite conversation in the New York Times and the Guardian, it has become a generally accepted truth that money spent on technology is money well spent. The stuff’s cool, the kids […]

School trips are often memorable for the wrong reasons, but sometimes chance encounters bring lessons that could never be learned in a classroom. History is full of wars. Sometimes I felt that I dispatched thousands to their deaths before break, then thousands more after lunch. I used poetry, photographs, music and diaries to try to […]

Today’s New York Times carries a story about the Syrian President’s carefully polished image, courtesy of some very expensive Western PR. As well as the notorious Vogue feature on his British-born wife, there are surprisingly many flattering portraits of this most brutal of dictators. Although the horrifying events of recent weeks have been widely reported, […]

Before we give up on Broken Britain, here’s some inspiration from the girls of Loreto Day School in Kolkata. Over the last 30 years they’ve changed thousands of lives by turning their school into a multi-faith hub for social justice. They also passed all their exams. If they can do it, why can’t we? […]

Often the discovery of natural resources can feel like a curse, but last year I was at the opening of a school that proved the opposite can also be true. Lebone II was built with the riches of the Royal Bafokeng Nation and a vision that’s all about people. Perched on the edge of the […]