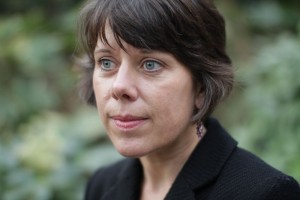 After completing my Post-Graduate Certificate in Education, I began my career teaching History at St Paul’s Girls’ School in London. After such an extraordinary start it was hard to know what to do next – so I moved to Kenya, in search of adventure and a more global perspective. Although I didn’t realize it until later, my first two schools were to represent the two principal tenets of my future educational philosophy – rigorous academic work and global community-based experiential learning.

When I returned to the UK I began taking on more challenging leadership roles, particularly in curriculum development. I spent 5 years at North London Collegiate School leading curricular change and innovation in their Middle and High Schools, and then 4 years at Germantown Academy, an independent co-ed day school in Philadelphia. Working in the US brought me both the opportunity to develop, teach and assess new academic courses, and the chance to explore the local community in Philadelphia. It was also at this time that I began leading groups of young people on community learning journeys to townships in South Africa, both for GA and for Global Leadership Adventures.

By 2005 I was convinced that we should be teaching all our young people about the reality of the world they live in. The lesson I learned in the US had been clear: there is no more powerful and effective material for the classroom than the urgent issues of the day. Conscious of the gaps in my own education I returned to my alma mater, The London School of Economics, to study for a Masters degree in Human Rights. I took courses in poverty, complex emergencies, gender, global public health and human rights, particularly those of children, and wrote my dissertation on the transformative power of Human Rights Education.

In late 2006 I was invited to join The Taft School in Watertown Connecticut to teach Human Rights. Six months later the Head of School asked me to establish and lead the school’s first ever new academic department; we called it Global Service and Scholarship. It was my first real opportunity to bring together the two crucial elements of academic and experiential learning. On a Headmaster’s Holiday in 2007 I drafted the Global Vision for Taft and created the Global Scholars program. I wrote and taught electives on service learning and global public health, was a member of the residential boarding team and established the Taft Global Journal. Privileged to work with inspiring mentors, I collaborated on community-building projects inside and outside the school, and strengthened my own ties with schools and communities in Southern Africa and India.

I returned to the UK in 2009 and was appointed the founding Director of Global Studies and Community Partnerships at the American School in London. This position gave me a completely new perspective on London, which I used to create and pilot the ASL Community Opportunities program, now an established part of the High School. To celebrate and share that work, and all the school’s projects and programs with global and community themes, I also created the new publication Perspectives, which I continued to edit as consultant. One of the highlights of my time as Director was the Harlem Learning Journey, a 4-day trip to New York undertaken by young people and youth workers from ASL and 2 of our local partner organizations. We visited 5 different community projects in Brooklyn and Harlem, including Harlem Children’s Zone, and continue to collaborate and share best practice and happy memories.

In 2013 I was appointed Head of Global Awareness at Bedales School in Hampshire, a role that brought the unique opportunity to write a two year GCSE-equivalent course in Global Awareness. This begins teaching in September 2016, with a first cohort of 49 students, the centrepiece of a five year curricular and co-curricular programme.